This was supposed to be a trip to Oman, but thanks to Coronavirus, it didn’t quite work out that way. The plan was to spend a few nights in Dubai, and then drive across the border for 11 days in Oman, taking in the fjords of Musandam Peninsula on the Strait of Hormuz, Muscat, Nizwa, the mountains of Jebel Akhdar, Wahiba Sands and Sur. 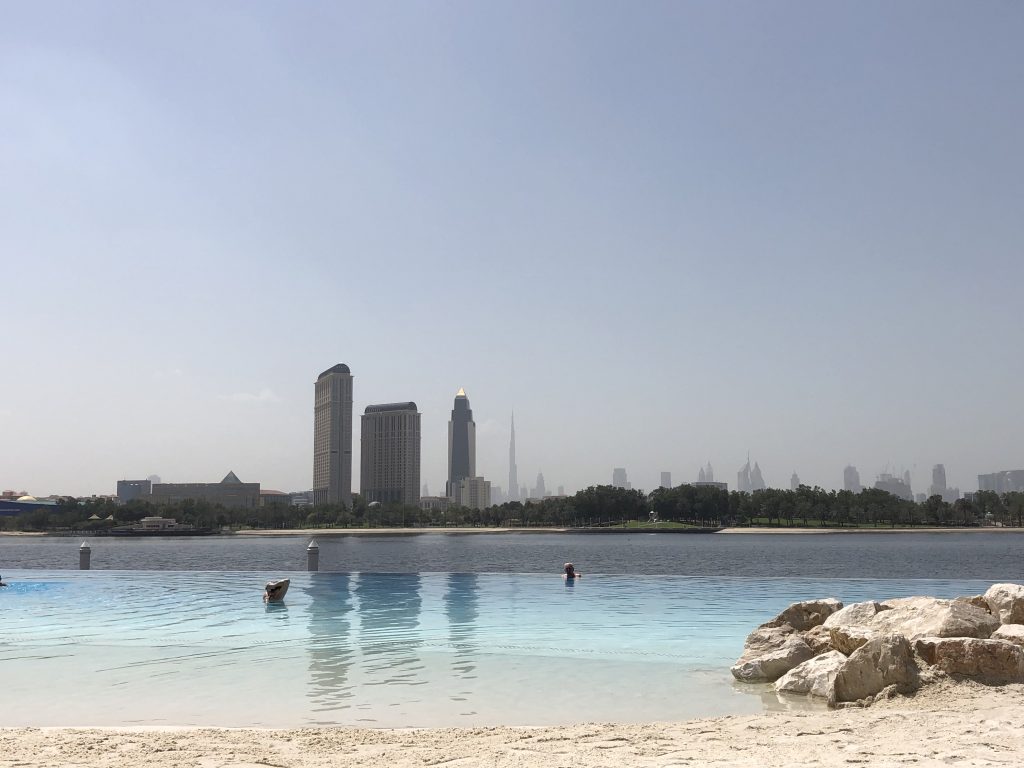 None of this happened. Fifteen minutes before arriving at Heathrow, we received a call saying that the Omani border had just been shut. We decide to take the flight to Dubai anyway and work it out from there. The Park Hyatt Hotel is a charming haven of peace overlooking the Dubai Creek. Each day there is a new development. First, it is declared that all activity in the city’s main attractions will be shut immediately. So we won’t be ascending the iconic Burj Khalifa, although we can see it from the hotel pool. Our alternative plan to visit Abu Dhabi is also scuppered when an equivalent plan shuts all its public places including the huge Sheikh Zayed Grand Mosque. We decide instead to go into the desert to see some wildlife and falconry on the dunes. This is re-confirmed at 9.30pm for a 6am start the following morning, and cancelled at 6am when we wake up. 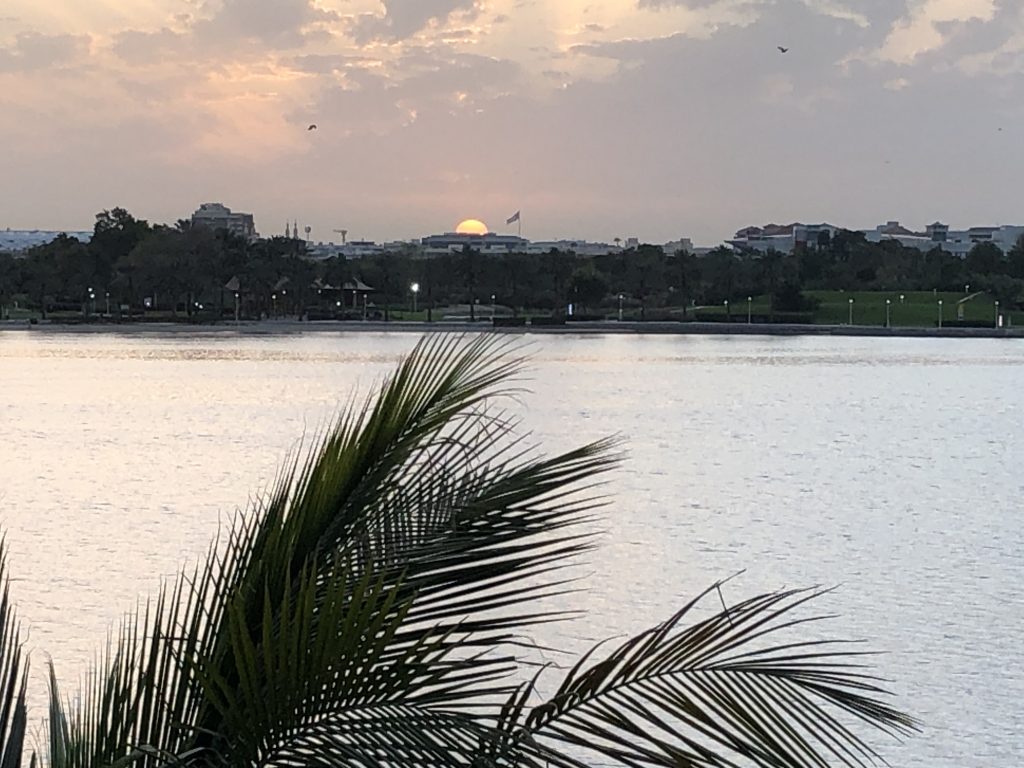 We regroup and decide after four nights to move to Fujairah, 90 minutes east on the Gulf of Oman. This is as close as we can get to replicating the Oman experience on the coast, and luckily a small chunk of the UAE reaches that far. The outskirts of Dubai give way to rolling yellow desert, punctuated by the odd camel and a few towns and industrial parks. This gives way to the rugged Hagar Mountains, scene of much quarrying and feats of engineering in the form of bridges and tunnels. We arrive at the Meridien Hotel, which alleges to be 5-star but is actually like a huge theme park heaving with children. Dubai schools have been closed apparently and they have all come here as far as we can see. We check out after one restless night and move next door to the much more sedate Intercontinental for 5 nights. 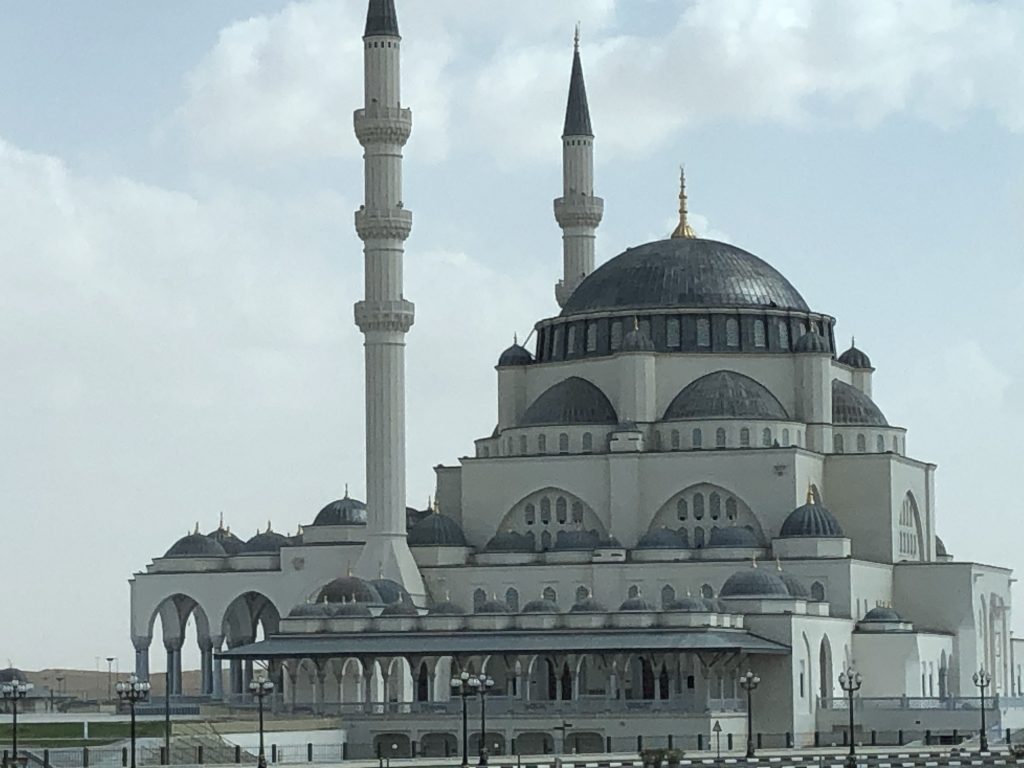 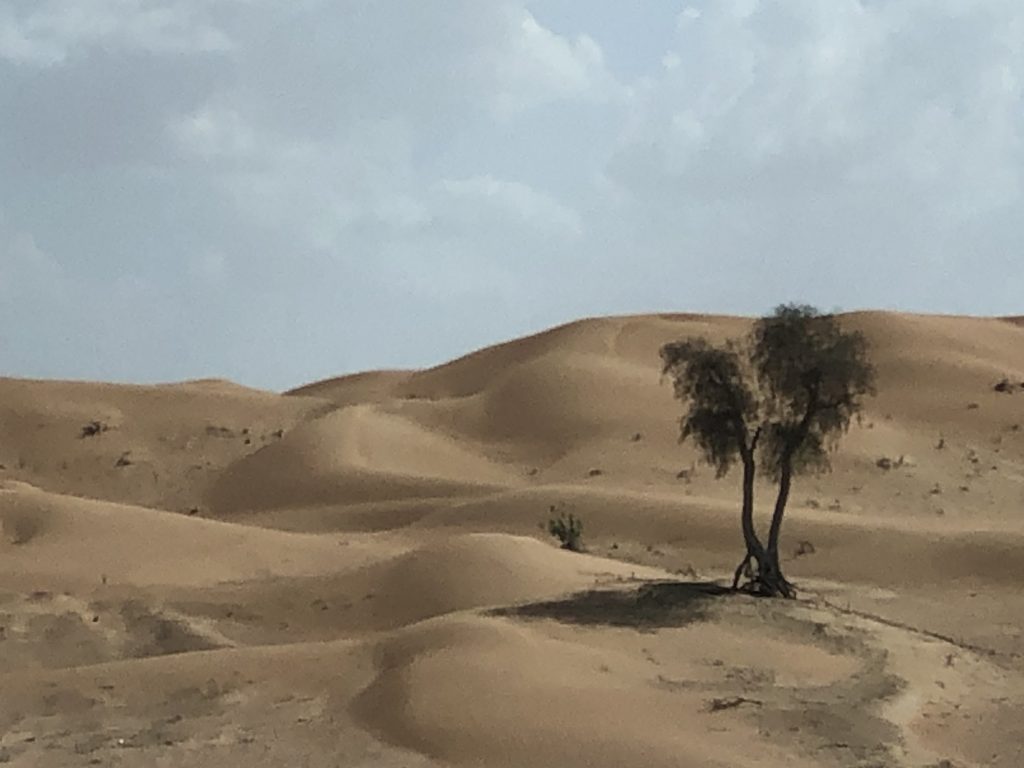 With virus mania kicking in, we are unable to inform the airline that we cannot take a return flight from Muscat because we can’t even get into the country, let alone get out of it. Instead we book another return from Dubai, dig in and hope for the best. Much relaxation follows and the weather is good. But we are never far away from the international news. The spa is shut by government decree, and so is our snorkeling expedition – nixed by the coastguard the morning we turn up. In fact the only activity we do finally manage, or are actually allowed to do, is to climb the mountain behind the hotel. The exercise is welcome but the view is mixed. The mountain is covered in pylons – one collapsed – and below is of course a run of hotels along the beach. Teenagers speed dune buggies along the four-lane coast road, creating a disproportionate racket in what should have been a reasonably peaceful scene. Good exercise though over rocky ground punctuated by marble and hardy wild brush. 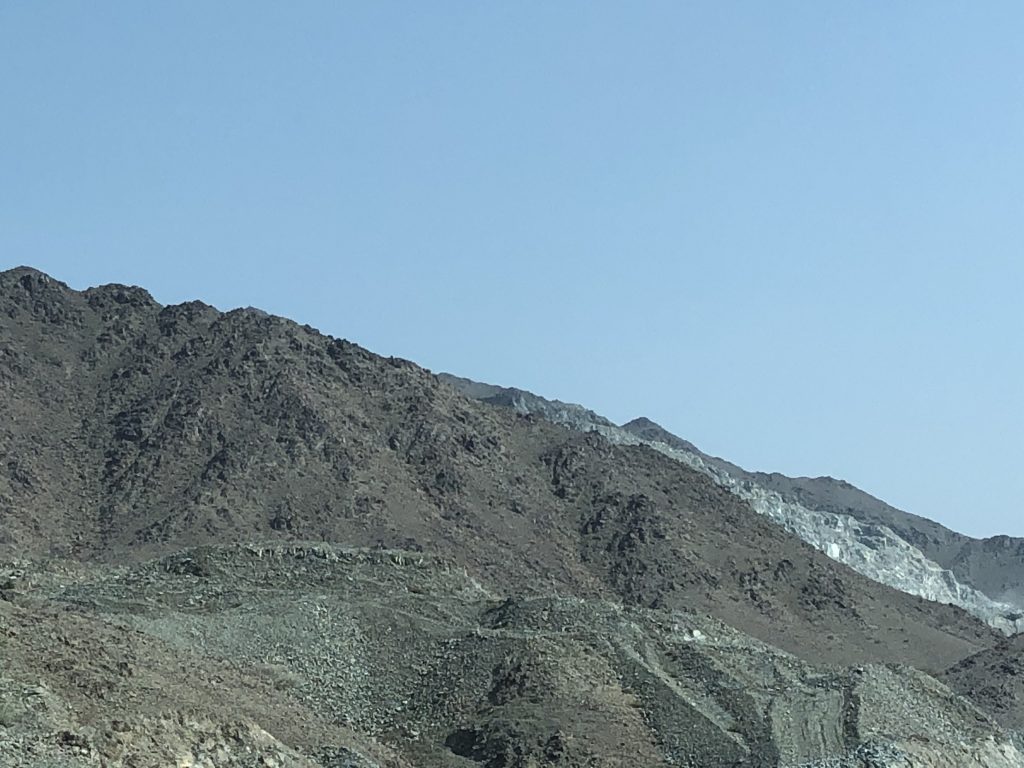 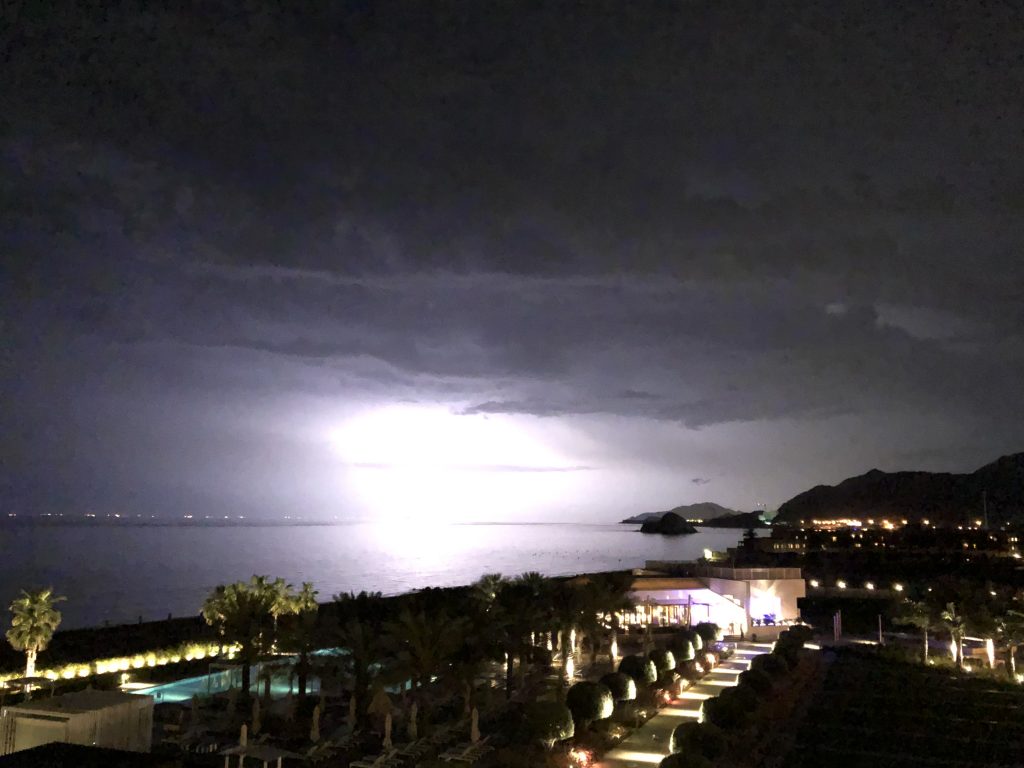 Finally there is word from the airline and looks like we have a flight home. The final night is an unexpected riot of thunderstorms with dramatic lightning. We make it out the day before the flights stop. An odd trip this one, with little to report other than the fact that all the locals we met were charming. 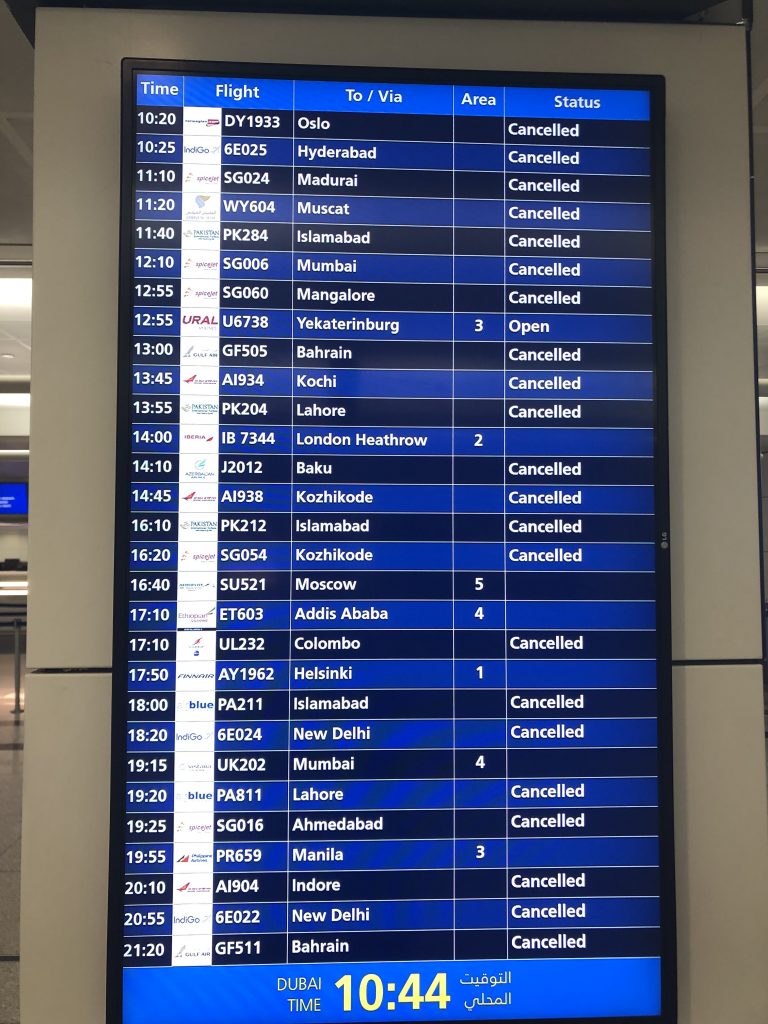