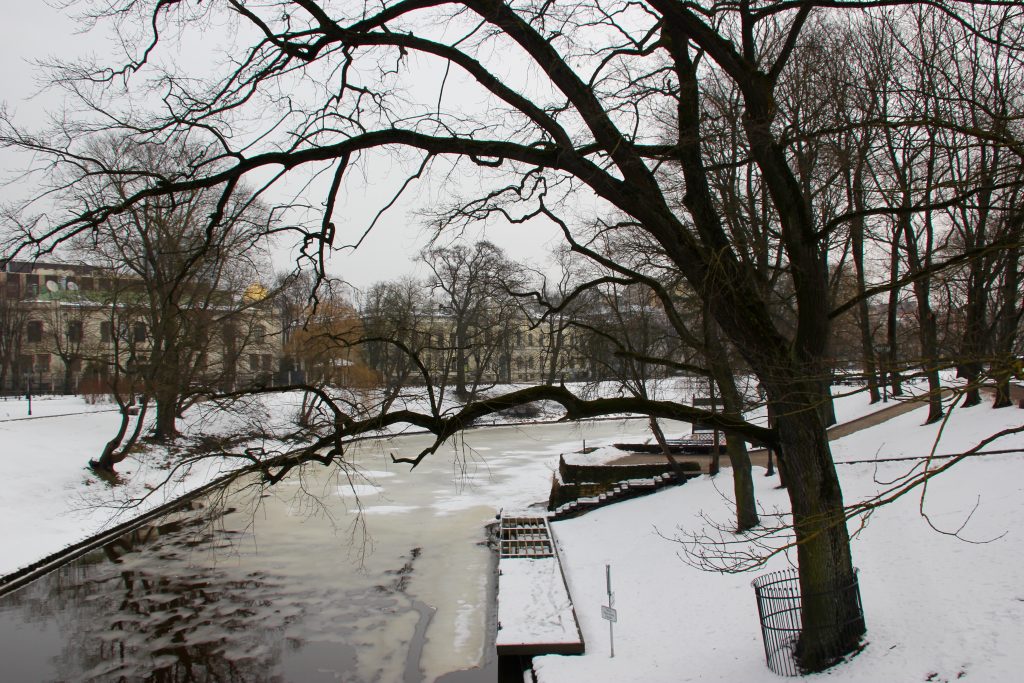 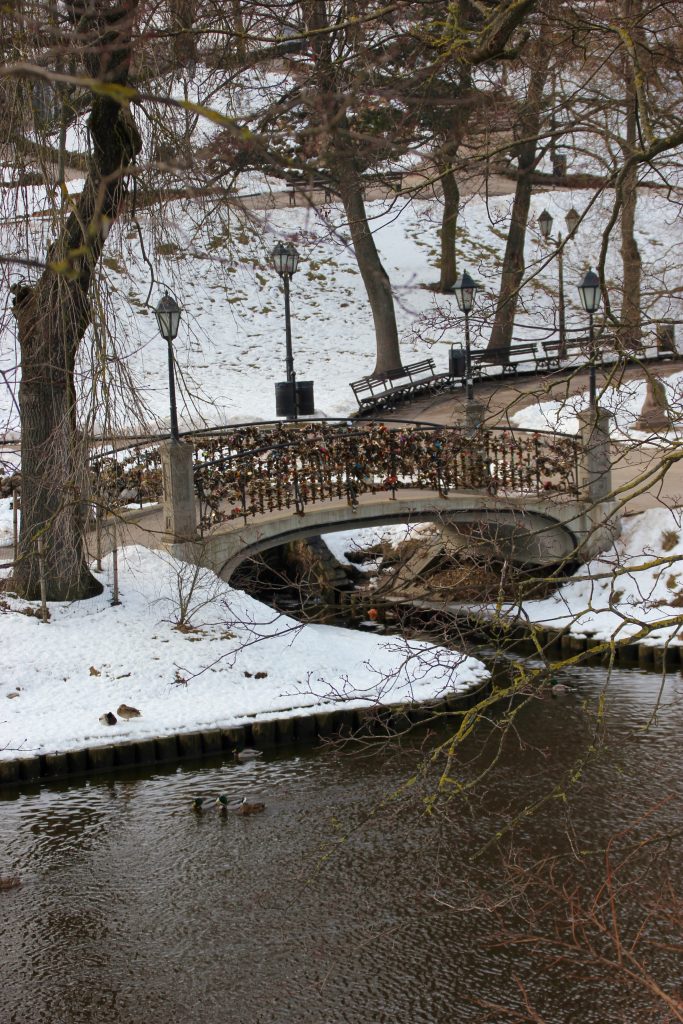 Air Baltic fly direct from Gatwick in clean reliable planes. 15 Euros and 20 minutes later we are in the heart of the old town, crossing the river Daugava and staring at the skyline punctuated by pointy towers. 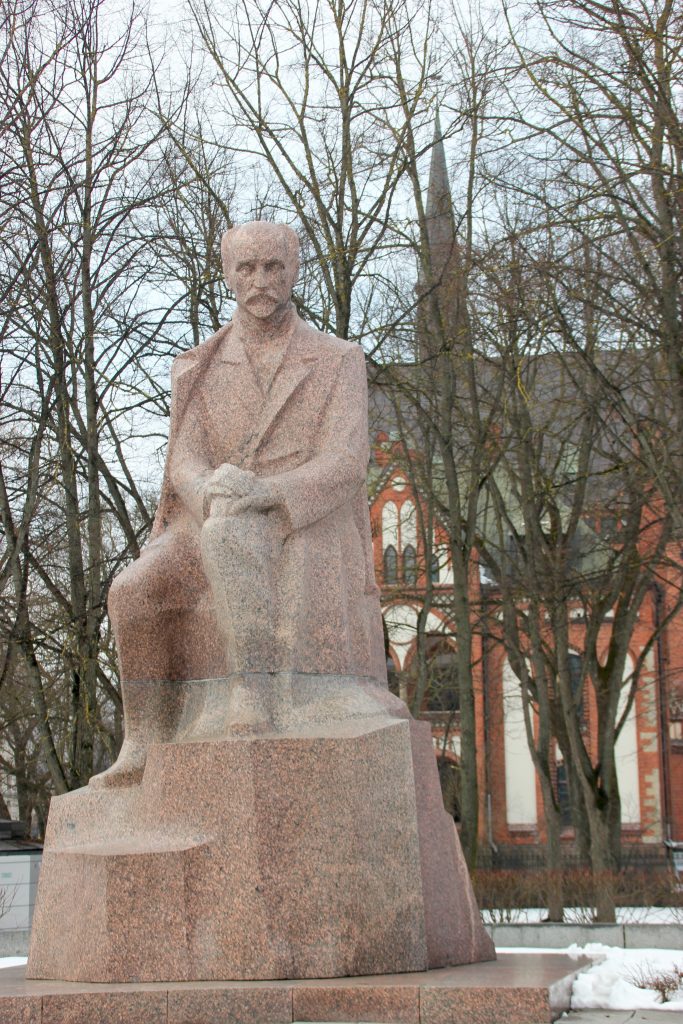 We are staying at the Neiburgs hotel on Jauniela, in cobbled streets just a stone’s throw from the large Doma Square with its enormous church. We stroll to the 5th floor terrace bar and restaurant of the Hotel Gutenberg to enjoy a well-earned beer. 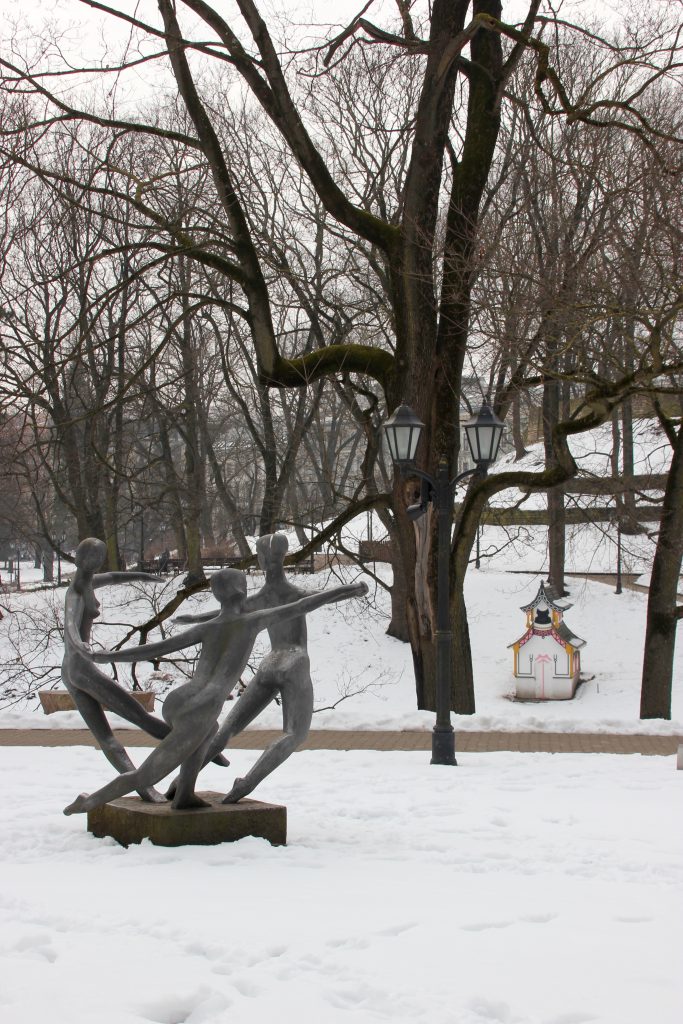 The next day the snow is gradually receding as we walk northeast, wandering past the old barracks and Powder Tower to the art nouveau area, home of several streets of entertaining and slightly nuts architecture. Then down to the thought-provoking Museum of Occupation, which chronicles the manner in which the Nazis and Soviets have successively plundered the country and killed as many as they can. The changing of the guard in front of the Freedom Monument is even more poignant as a result. We wander back via St. Peter’s Church and sample the ale at Peter’s Brewhouse. 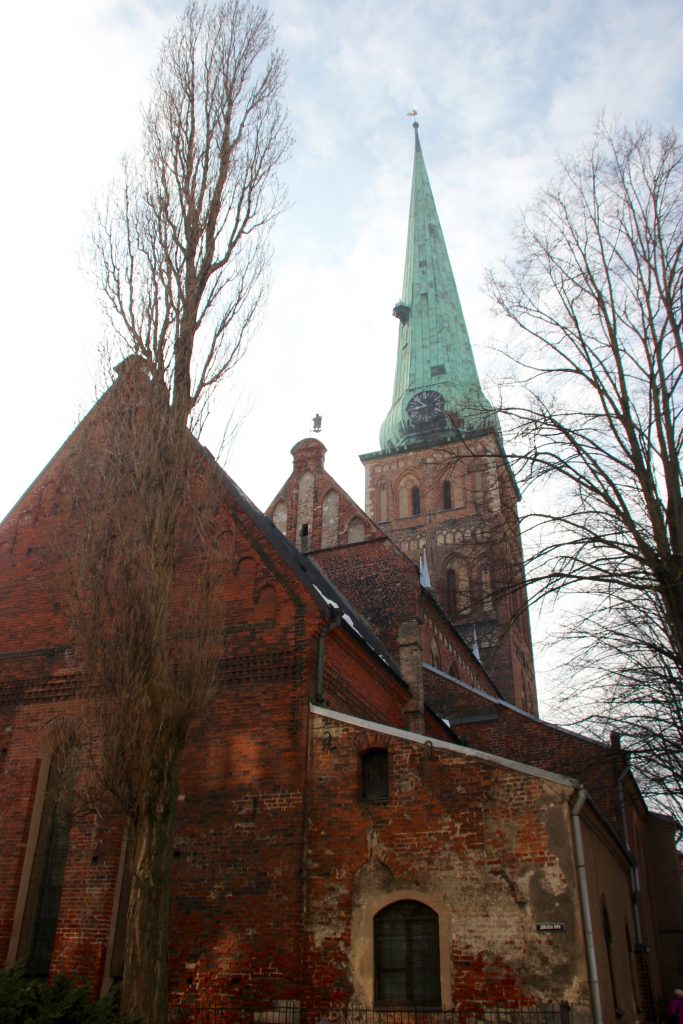 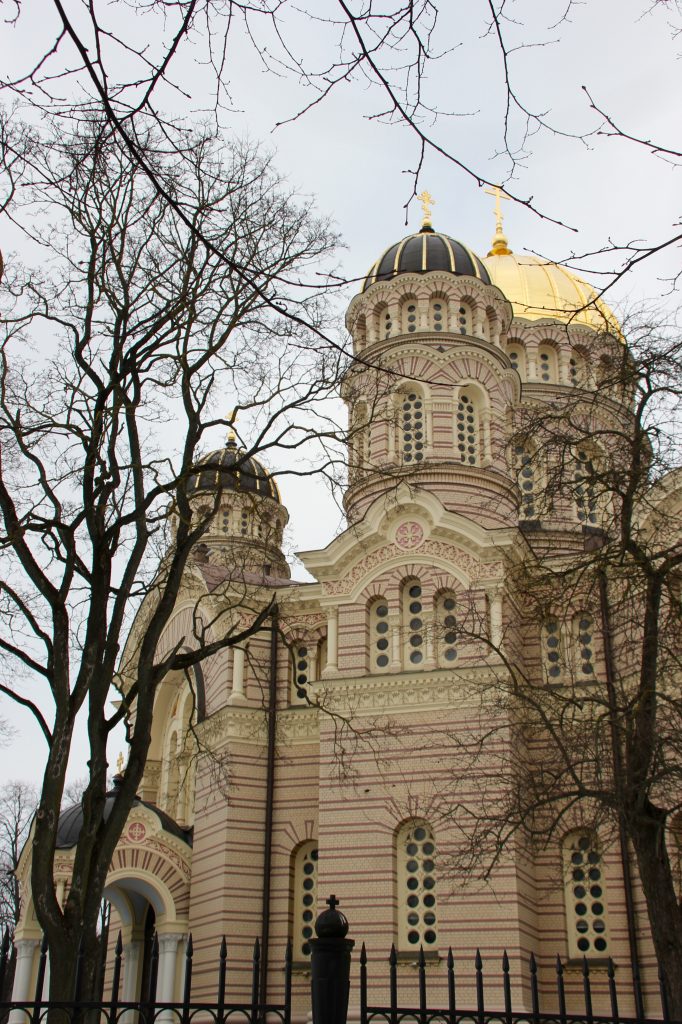 The 1221 restaurant on Jauniela is okay but not that exciting. The next day we look at the Three Brothers, a series of knackered old houses, then go up the 400 foot tower of St. Peter’s Church for an excellent view over the city. The massive Nativity of Christ Orthodox Cathedral is clearly visible with its gold domes – it’s just as ornate inside. To the south, four old Zeppelin hangars house a thriving market selling pretty much everything you can imagine. The House of the Blackheads is an impressive frontage newly restored in 1999, and the Riflemen statue solemnly fronts out over the river, with the triangular library facing across from the other bank. 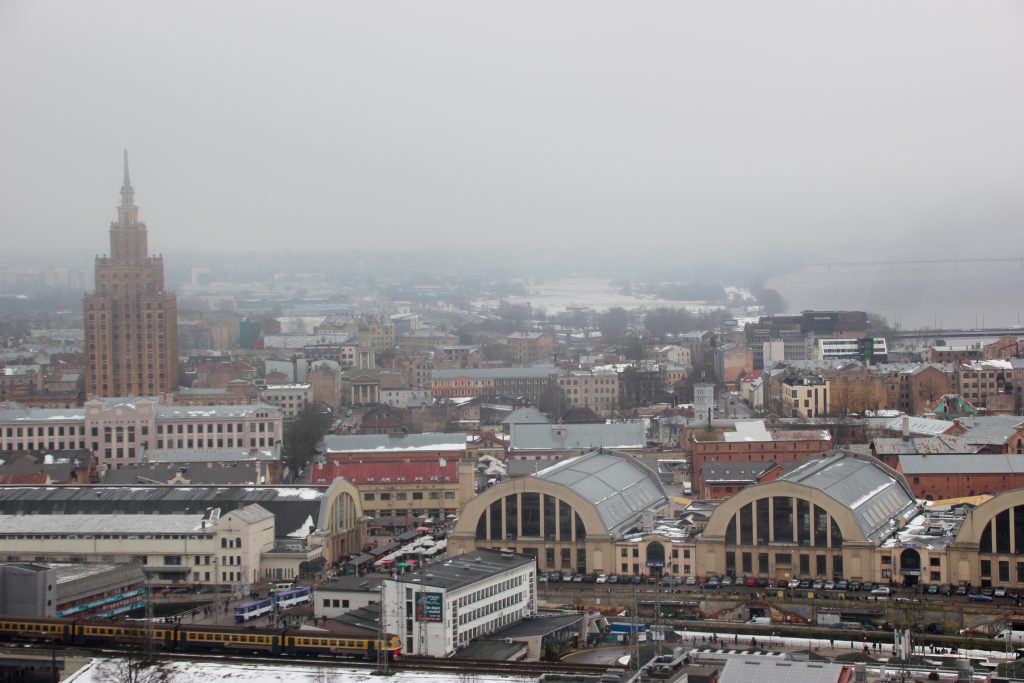 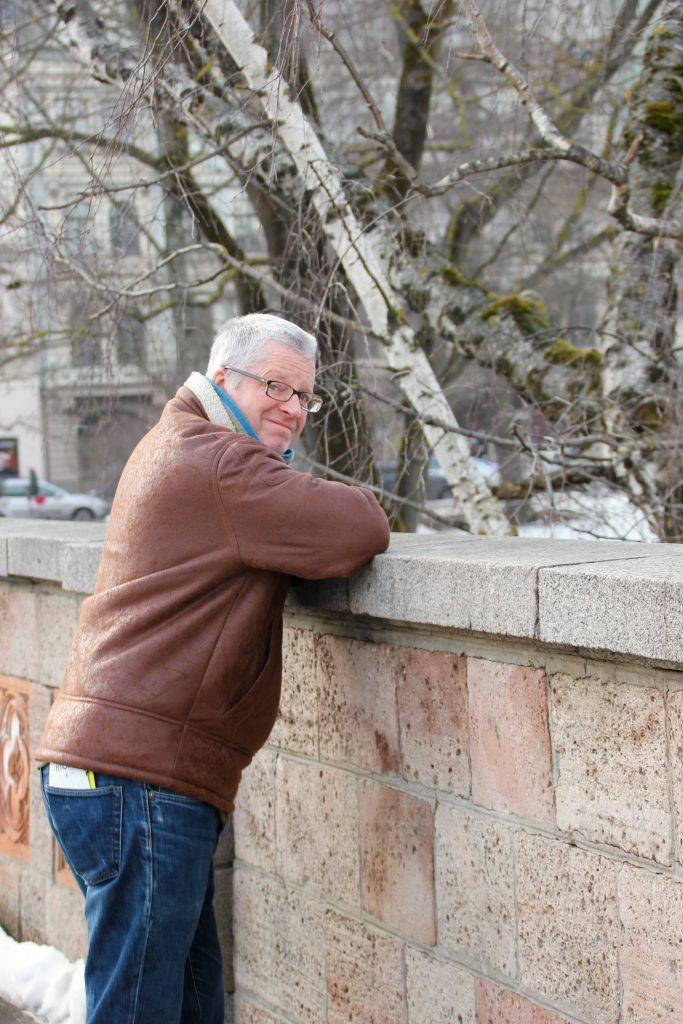 The history of the country is comprehensively laid out in the Museum of History and Navigation, and we round the whole thing off with an excellent lunch in St. Peter’s Square at Petergailis, which is full of over 300 ceramic chickens. A quick nose inside the gilt-edged Riga Bourse gives us a blast of 16th century classical art, and then it’s time for a nanny nap. 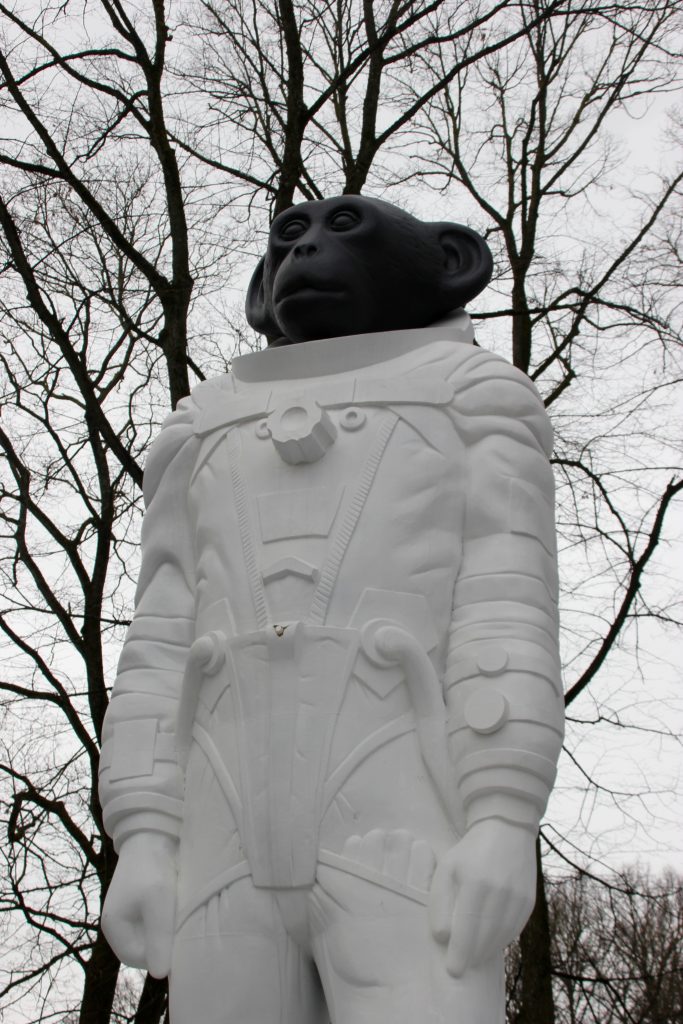 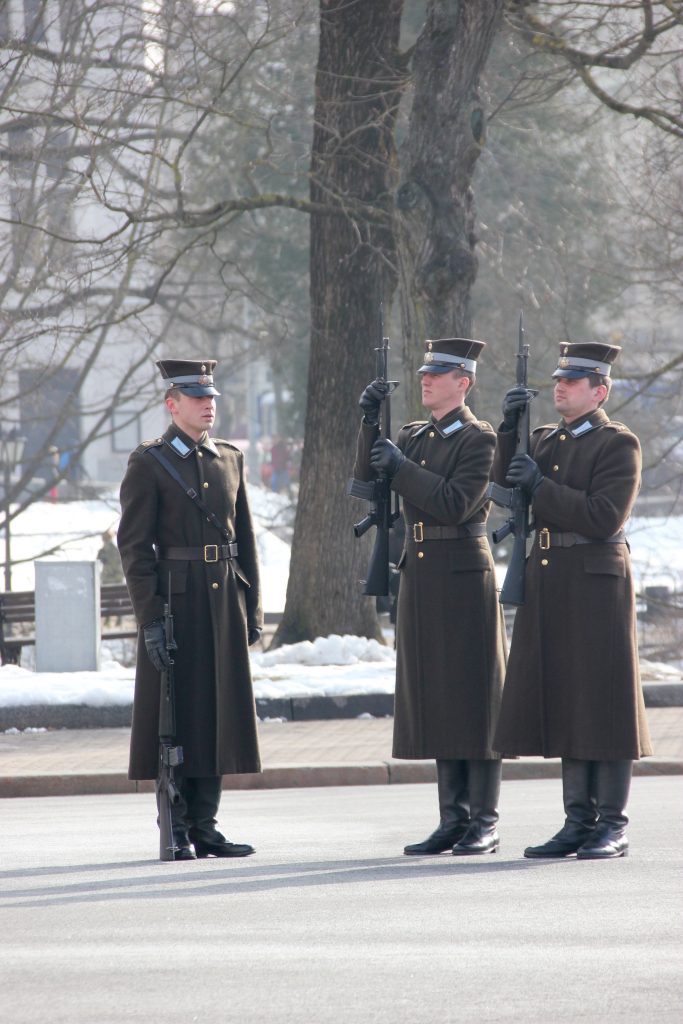 In the evening we try the cuisine at Gutenbergs on the 5th floor of the hotel of the same name. In summer this would be a great view. The service is a bit slack and the food rather eccentric. The best meal on this trip has ironically been in our own hotel – the Neiburgs. On the last morning we retrace steps to the art nouveau area, having realized that we missed arguably the best-looking house on Elizabeta Iela. It’s a fantastic blue and white creation with a range of bizarre statues, heads and faces. Annoyingly, it is now sullied by phone and power cables. How come these are not shown in the photos? The Art Nouveau Centre is effectively a view into an old residential house – worth a quick look but some way short of being a museum. The shop opposite has a much larger range of art nouveau material. The snow has receded and it’s a very pleasant stroll back along the canal and through the parks back into town. 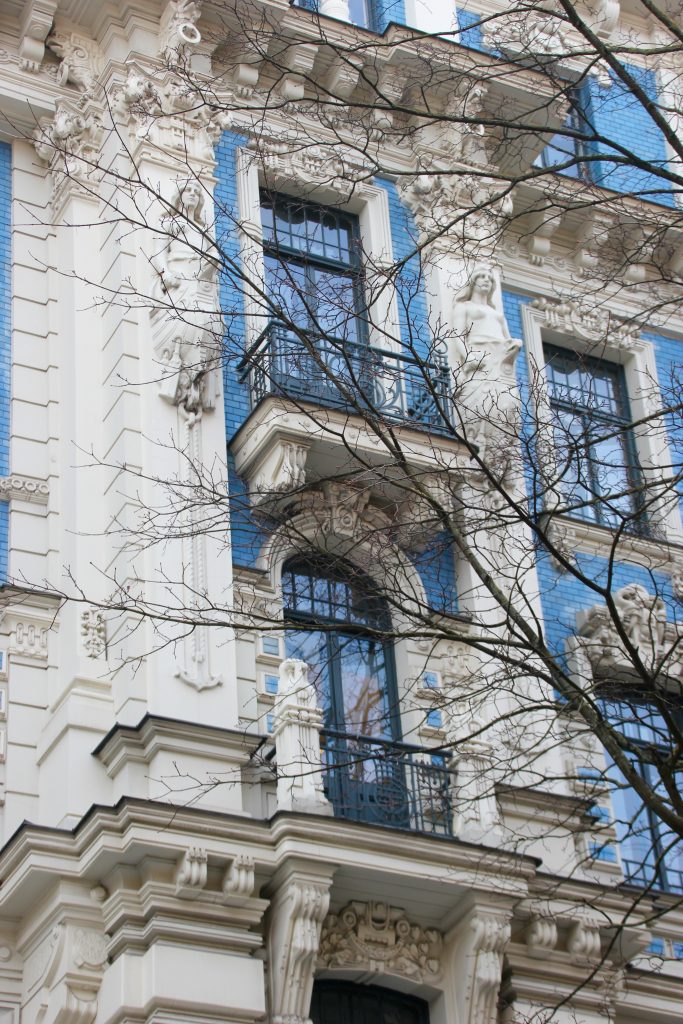 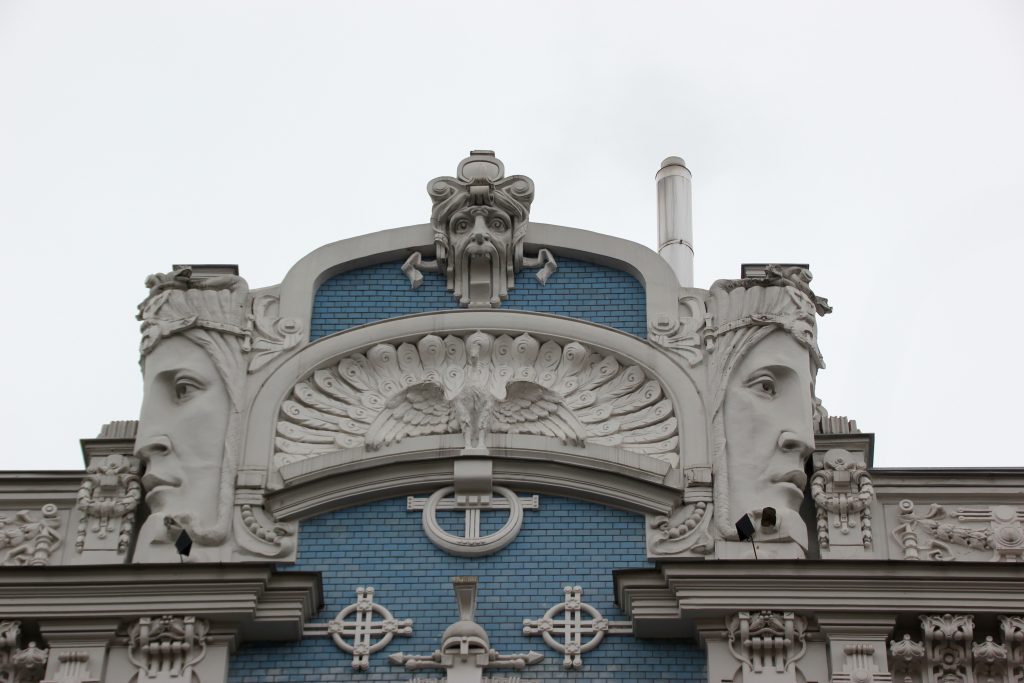 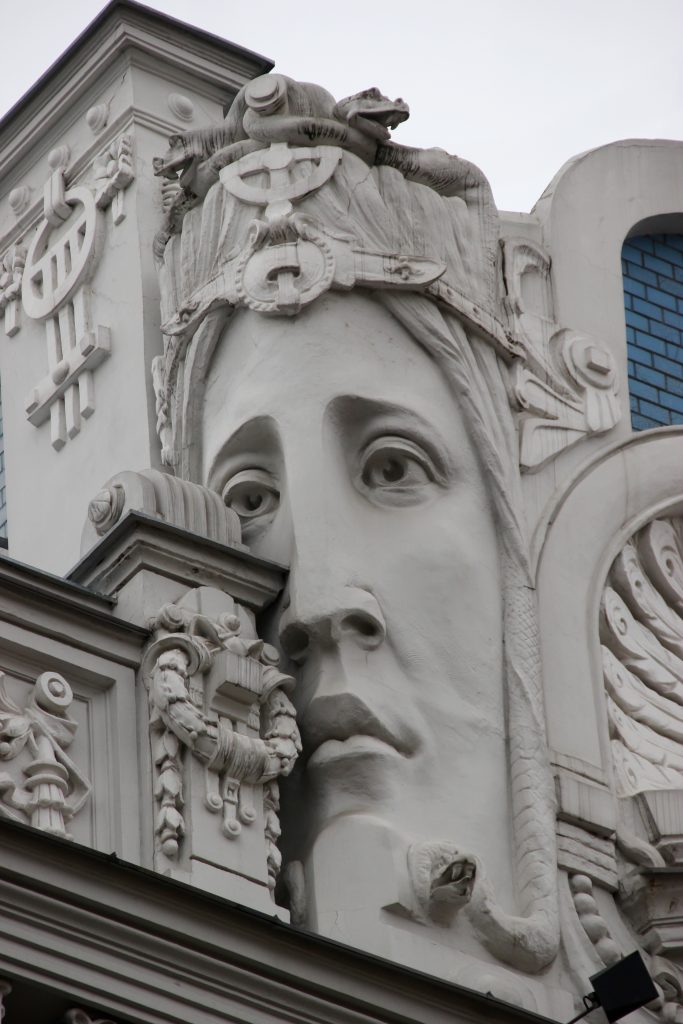 Riga is a great city. Stay in the old town and you can walk anywhere. The only two cabs we took were to and from the airport, and they were only 15 Euros each. Cobbled streets and no cars make this a great area to wander around in. There’s history everywhere, plenty of it tragic, but there is a tough survivor’s spirit throughout. The architecture is a constant delight, albeit punctuated by the odd Russian monstrosity. Coming off-season is probably advisable to avoid too many stag and hen dos. Three nights is plenty. Only a couple of hours from London, Riga goes straight into a top 3 of great cities in Europe for a quick city break. 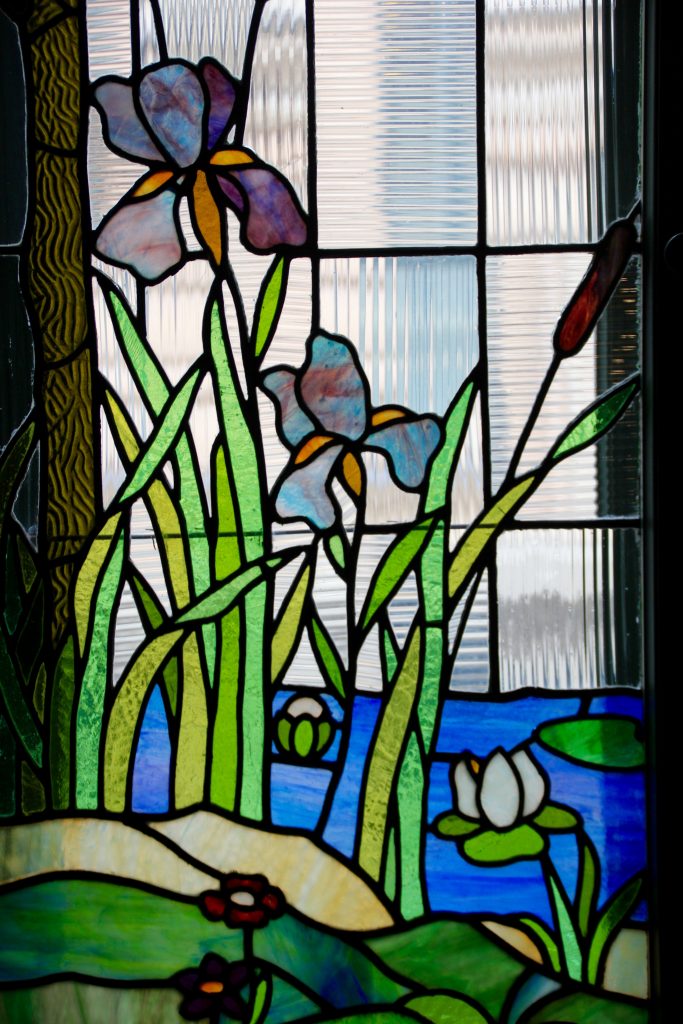