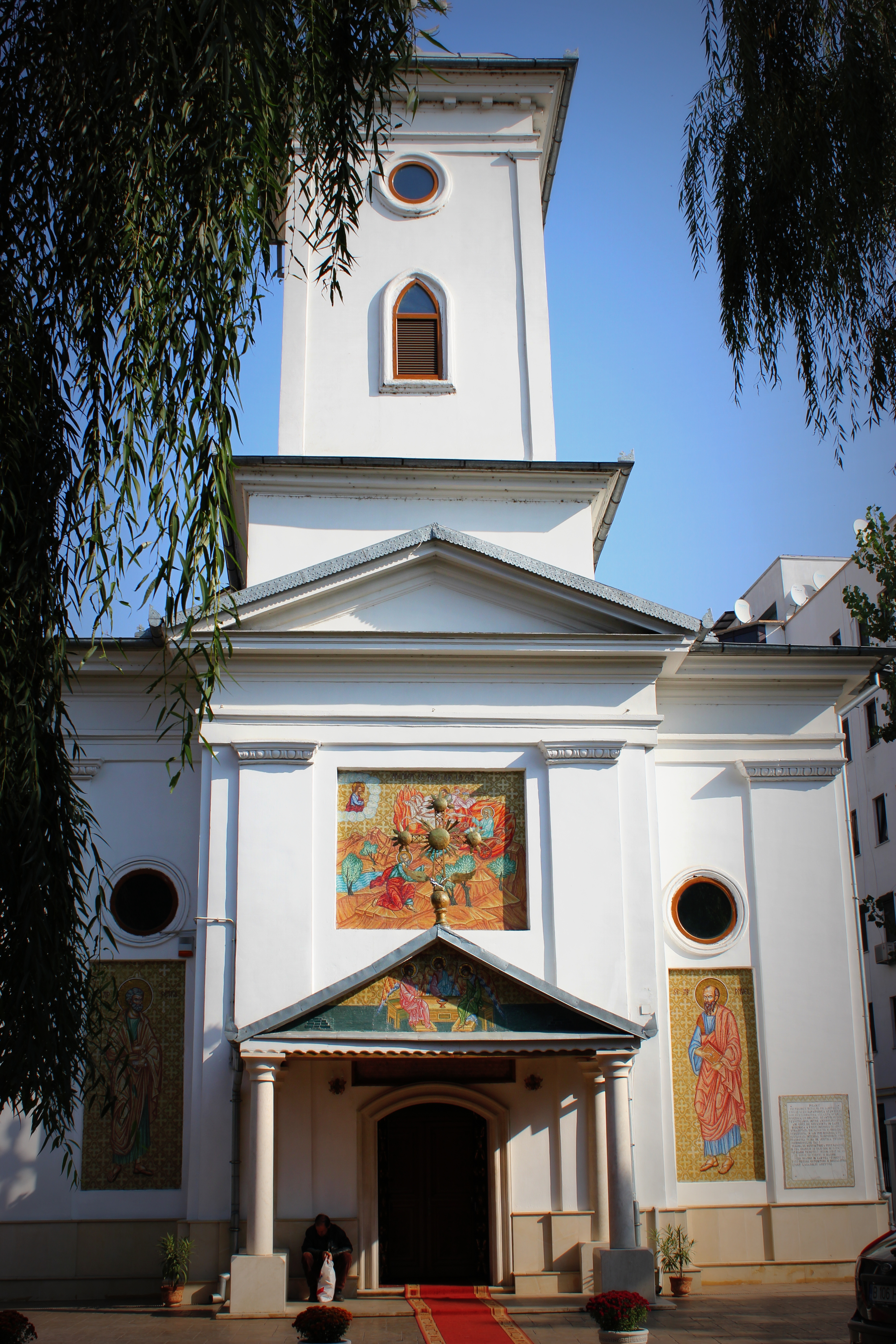 Romania is a country with a fascinating history, courtesy of the antics of Nicolae Ceausescu, among others, who headed the Communist Party from 1965 until he was deposed in 1989. A three-hour flight sees us land at the modern Otopeni airport to the north of the city, and a 20 euro taxi has us in the old town in 20 minutes. With 5 Lei to the pound, most things are fairly cheap. Lipscani is the old area, and we shack up at the charming Rembrandt Hotel on the cobbled Smardan Street, where locals are drinking in the sun as a doleful violin echoes around the stony streets. 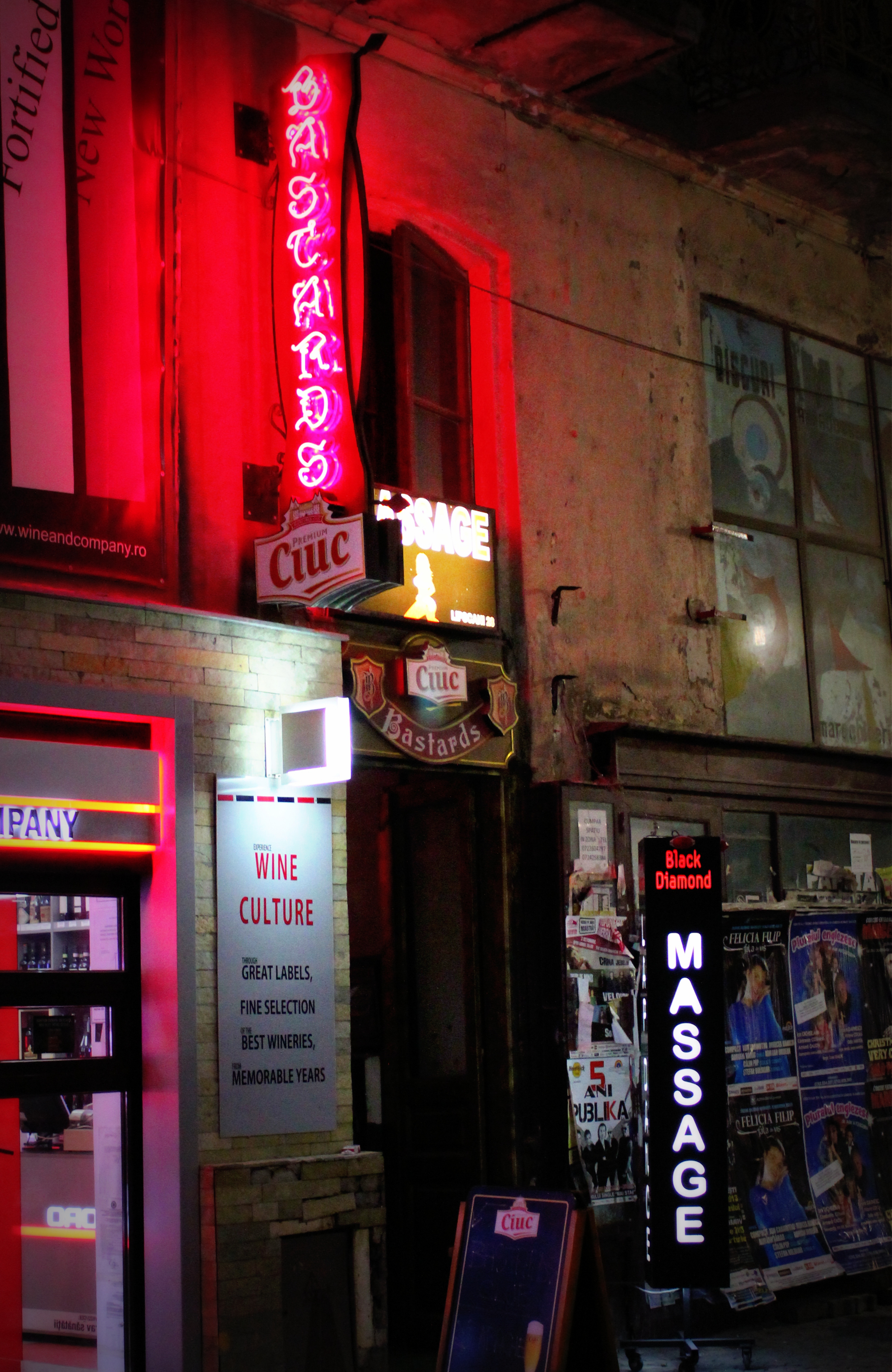 After Italian antipasti at Trattoria Buongiorno and a well-earned pint of Ursus lager, we stroll to the Dambovita River, cunningly engineered to run under the Piata Unirii. This part of town was flattened by Ceausescu to fulfill his communist town planning dream. Thousands of houses, tens of churches, a stadium, a monastery, and two hospitals came down to produce the square and his Casa Poporului – the ironically named House of the People. 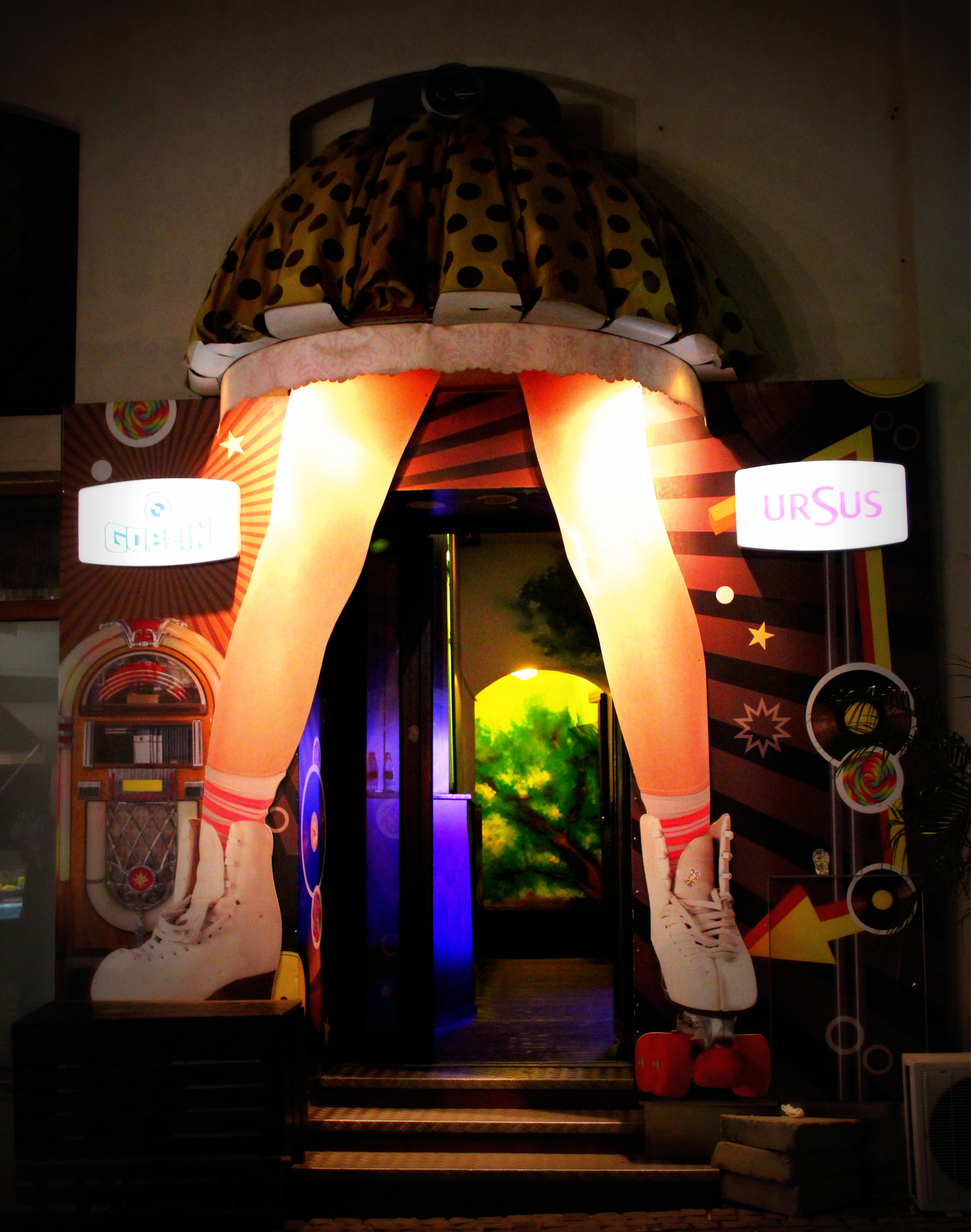 This weekend celebrates the patron saint of Bucharest, one St. Dumitru cel Nou, and the square is rammed with stalls selling religious artifacts from the Romanian Orthodox Church. A stroll through the streets of the old town reveals many interesting nooks and crannies, and numerous bars offering their Ciuc lager and Silva Dark Ale. The violin is still playing somewhere in the distance. We round off the night with a visit to Manuc, the city’s oldest inn, which boasts a massive courtyard where you can eat or have a drink, and a range of restaurants around the various wooden terraced levels. We happily tuck in to the mixed grill but decline the Squeamish’s Tray. A wander through the ‘sexy lady’ red light district rounds off the day, including a glance at the remains of Vlad the Impaler’s original fort. His Dracula image is everywhere. 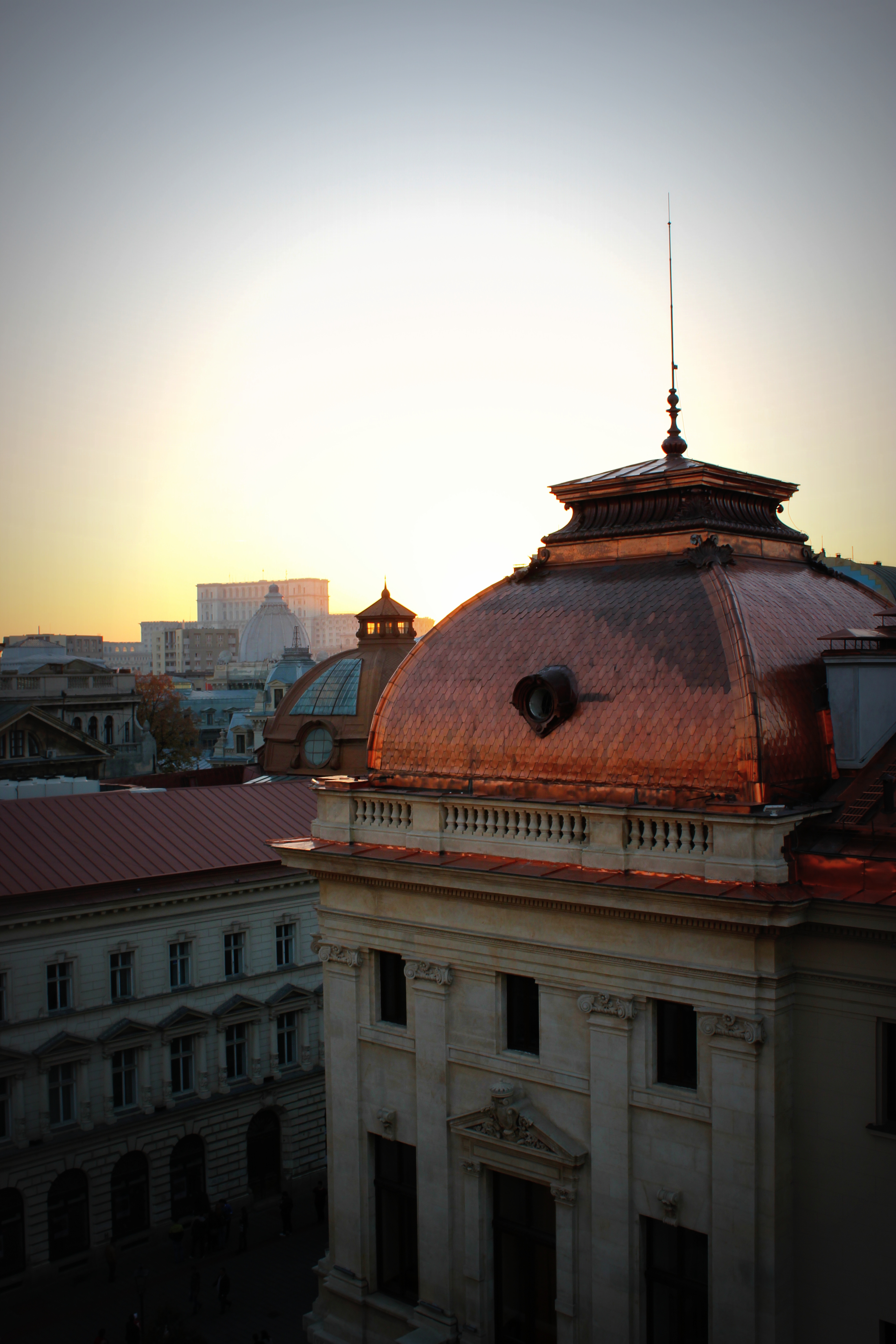 Sunrise and sunset from our sixth floor room shows Ceausescu’s pile silhouetted against the impressive copper roof of the national bank opposite. Breakfast is on a quaint mezzanine floor up a wrought-iron spiral staircase, followed by a walk down Lipscani to the National History Museum to observe a small but interesting National Geographic exhibition of old black and white photos of Romanian life. From their we stare at the huge pile that is the Casa Poporului, and walk past the thousands queuing to pay their respects at the Patriarchal Palace, the spiritual home of the Romanian Orthodox Church. A few beers in the sun and then it is time to revisit the red light district, taking up positions in Bordello’s on Selari Street, a seedily-themed but excellent pub with a Mulanruj theme and erotic photography. 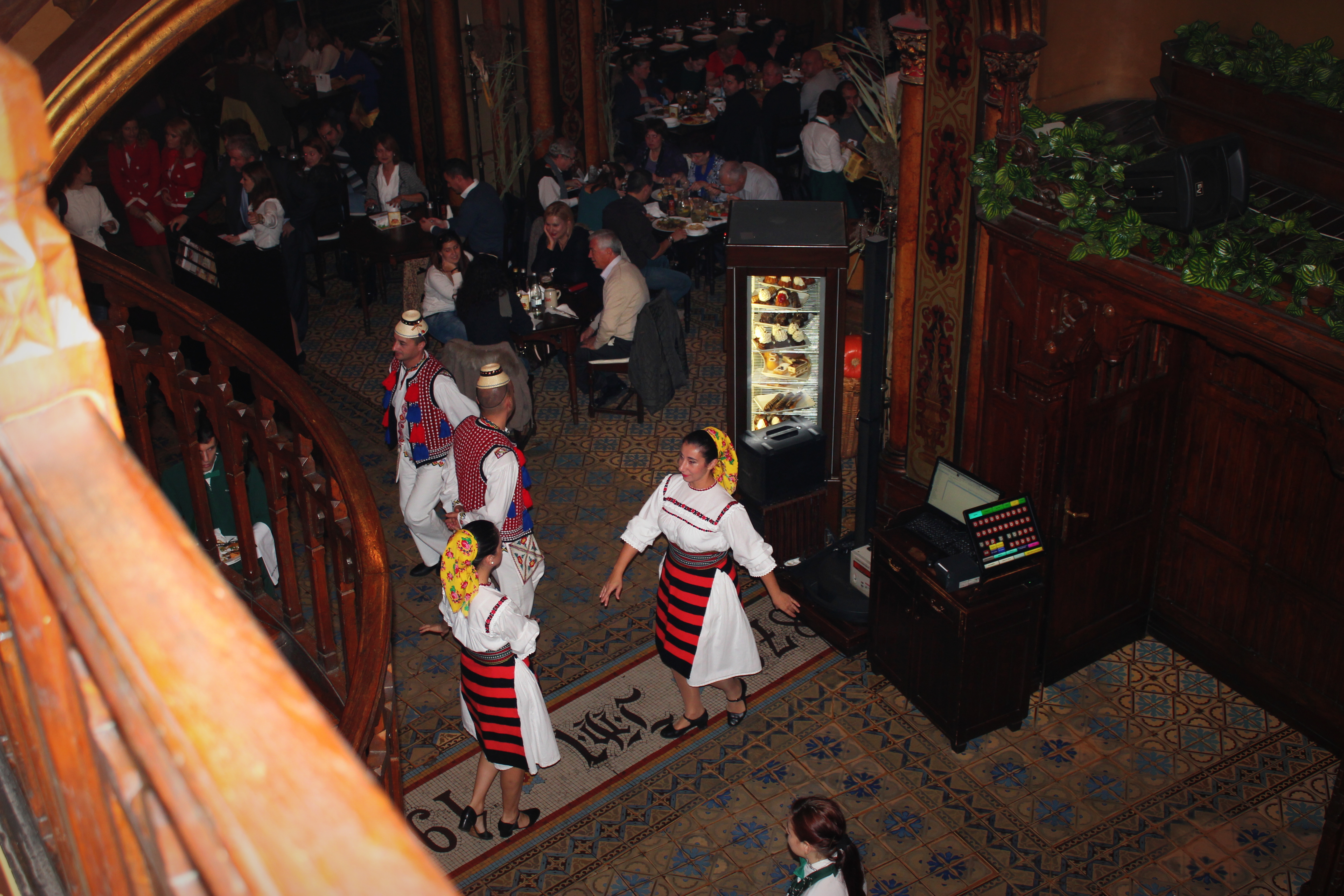 In the evening we sample the delights of Caru cu Bere, a 19th century beer hall with dark wooden panels, tiled floors and huge balconies. Traditional dancing proves to be a mixture of hey-nonny-nonny Morris dancing, complete with stick banging, which strangely morphs into rockabilly and the Titanic soundtrack. It’s a tourist trap and the food is average and pricey by Romanian standards. To be avoided. 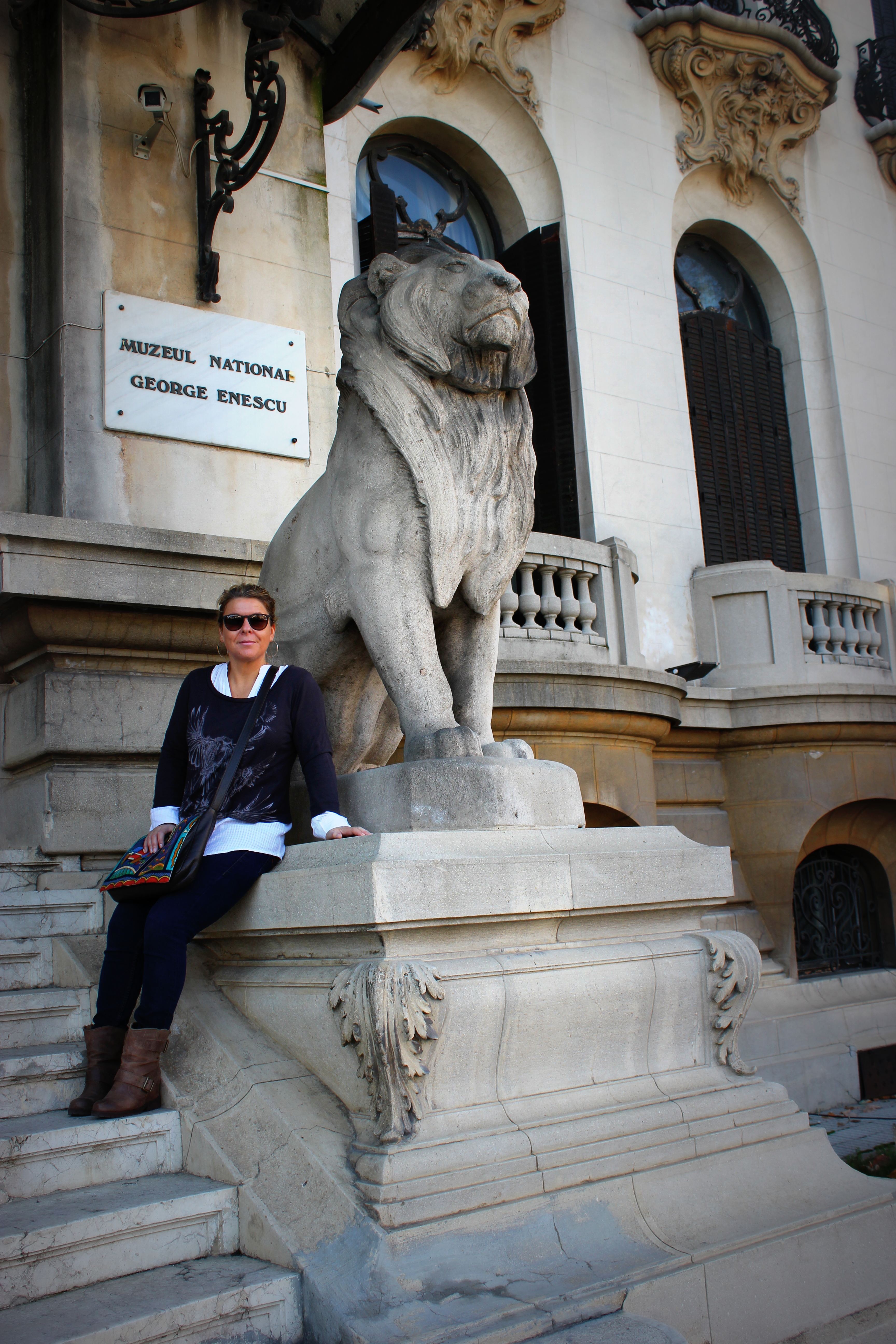 Sunday is a beautiful day, and we decide to explore northern Bucharest on foot. Calea Victoriei runs north south from the river, so we walk first up to the Piata Revolutiei, with its impressive white marble spike commemorating the people who died in the 1989 coup. A streak of red paint drips ominously from the top. Further north is the museum and former home of George Enescu, Romania’s most famous composer. It is housed in a charming art deco pile. Up here among the leafy parks is a range of museums. The peasant museum is fairly pedestrian despite favourable write-ups, while the Natural History Museum has impressive dioramas and interactive digital displays in English. Walking all the way back means we have covered a few miles, and we round off with an Italian meal back in the old town. 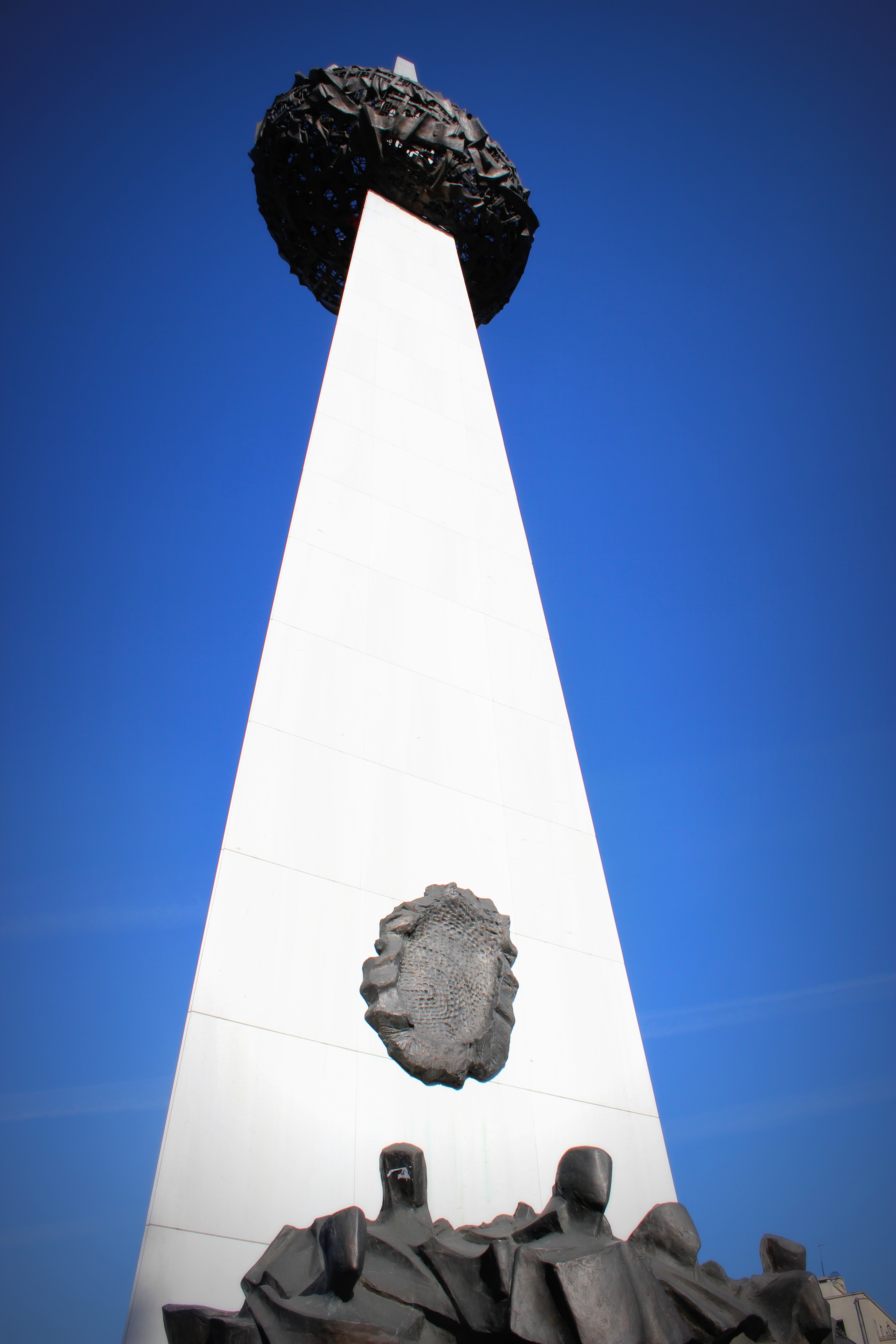 Bucharest is a fine city. It’s not uncommon to get a decent meal for two for £20. Beers are less than £1. Everything at this stage is pleasantly cheap. Progressive modern sits side by side with decaying old. It’s a form of fragile progress, and one definitely worth seeing soon. 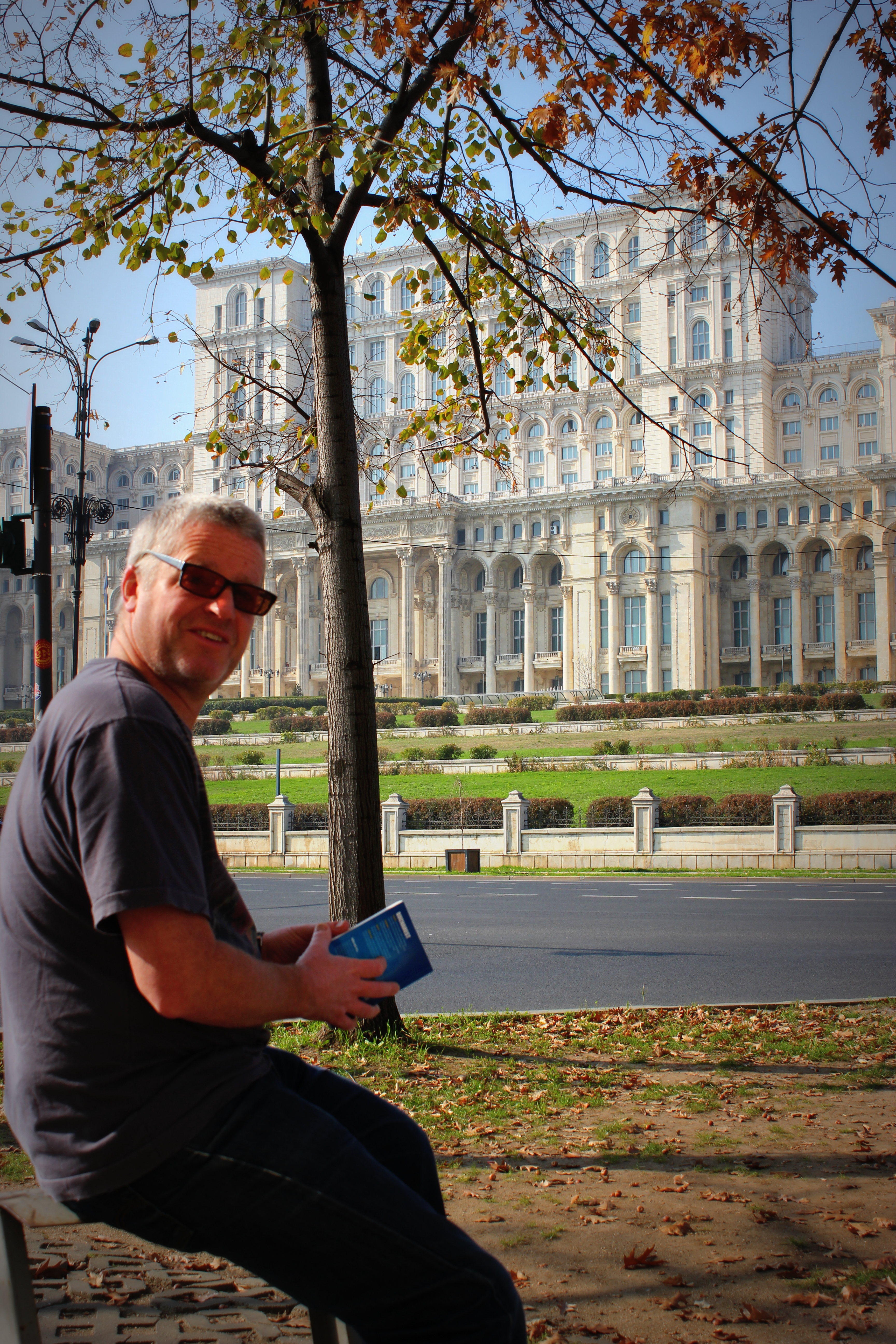