This is the first time for ages we have flown from Luton. A one-hour train from London sees us installed at the Marriott Courtyard, and in the morning we walk for 10 minutes to the airport. Many of the pavements in the area are incomplete, which explains why most people take a cab even for three minutes. The terminal is clean and new, as is Wizz Air, which provides a service well above expectations and gets us there in less than two hours. 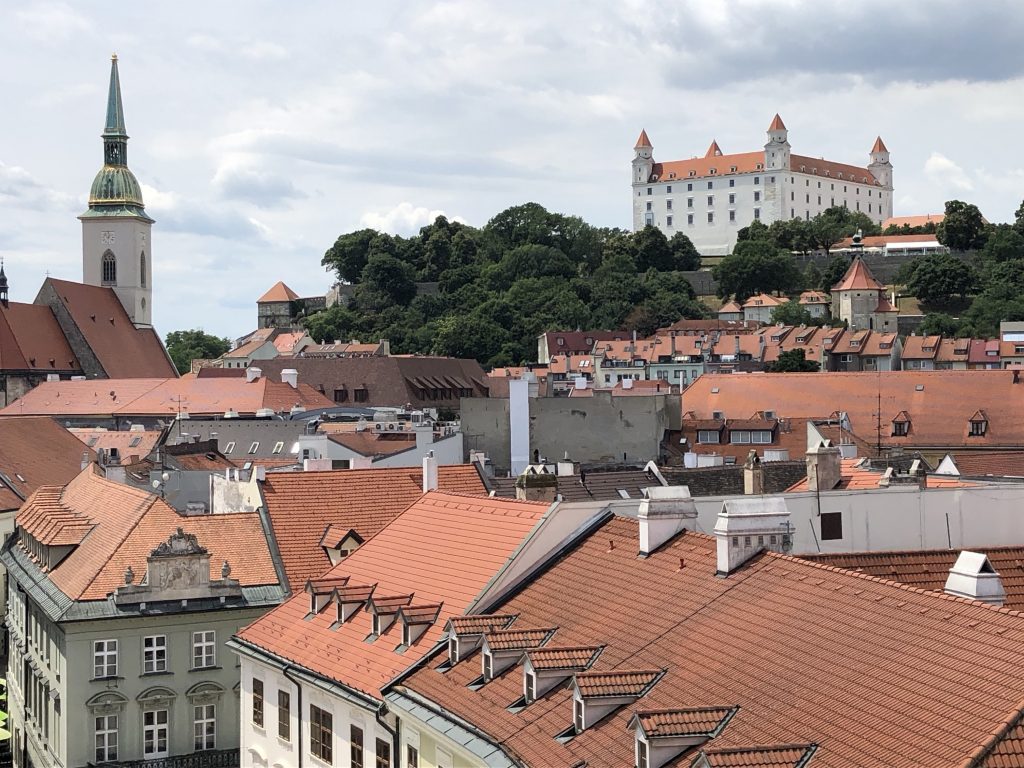 There are no runway delays at either end, and it’s a smooth run over Holland and Germany, arriving with the mighty Danube hoving into view. The cab takes us over the river twice, the second time via New Bridge, the brutal Soviet construction with a UFO-style restaurant looming over one end. The bridge and freeway controversially plough straight past the iconic St. Martins Cathedral and ruin the view from the castle on the hill. We stay at the Loft Hotel which has its own built-in craft brewery and, thankfully, excellent soundproofing. There is also a helpful tradition here that you cannot carouse in the courtyard after 10 o’clock.

Everything is walkable in Bratislava (“the brotherhood of Slavs”), and we start by enjoying the charming but slightly tatty gardens of the Grassalkovich Palace, residence of the president. The old town can be entered via the Michael’s Tower, and then you are into a series of cobbled streets. Wander round the main square, stare at a few statues, and try to ignore the depressing street music played by lone flautists and clarinetists. Dinner at the Gatto Matto is preceded by a gin and tonic in the square – high quality and inexpensive. 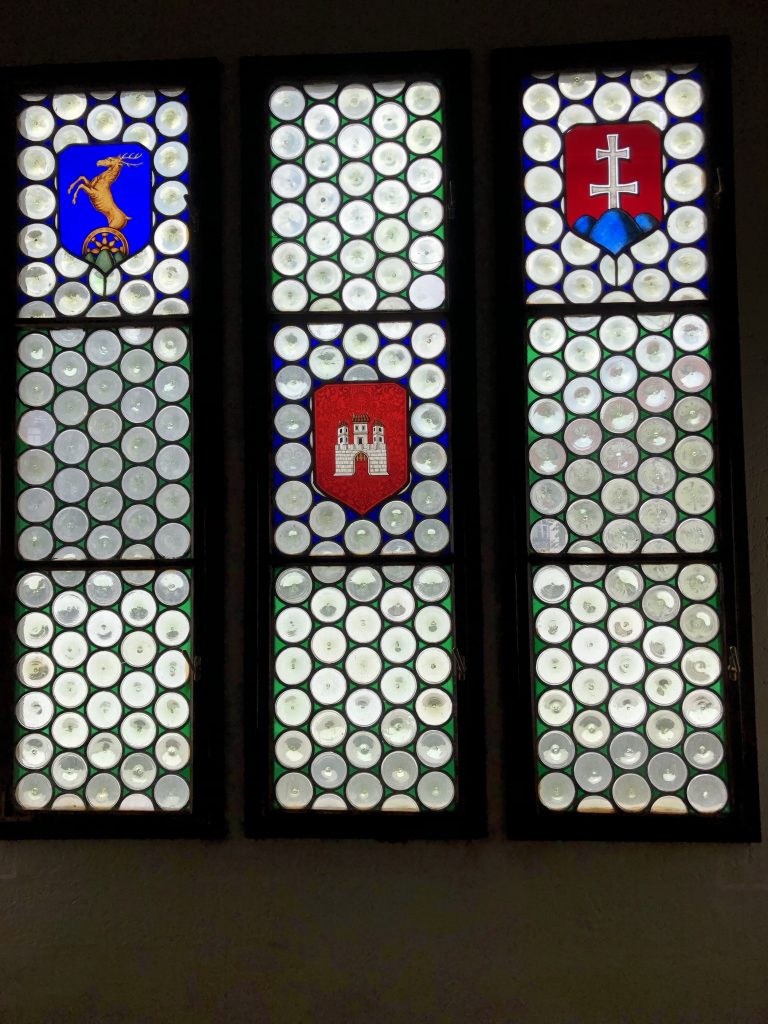 The next day we strike out to the Blue Church, which looks as though it is made of cake icing. Then along the Danube past all the cruise liners and up the hill to Bratislava Castle. There’s a decent restaurant up here to admire the view, but the castle is very twee and lacks character. One of the best features in the area is the Slavin monument – a huge memorial high on the hill to the Soviet soldiers who died here defeating the Nazis in WWII. Over 4,000 are buried here and it is a touching memorial that is well worth the steep climb. The views on a clear day are also impressive. 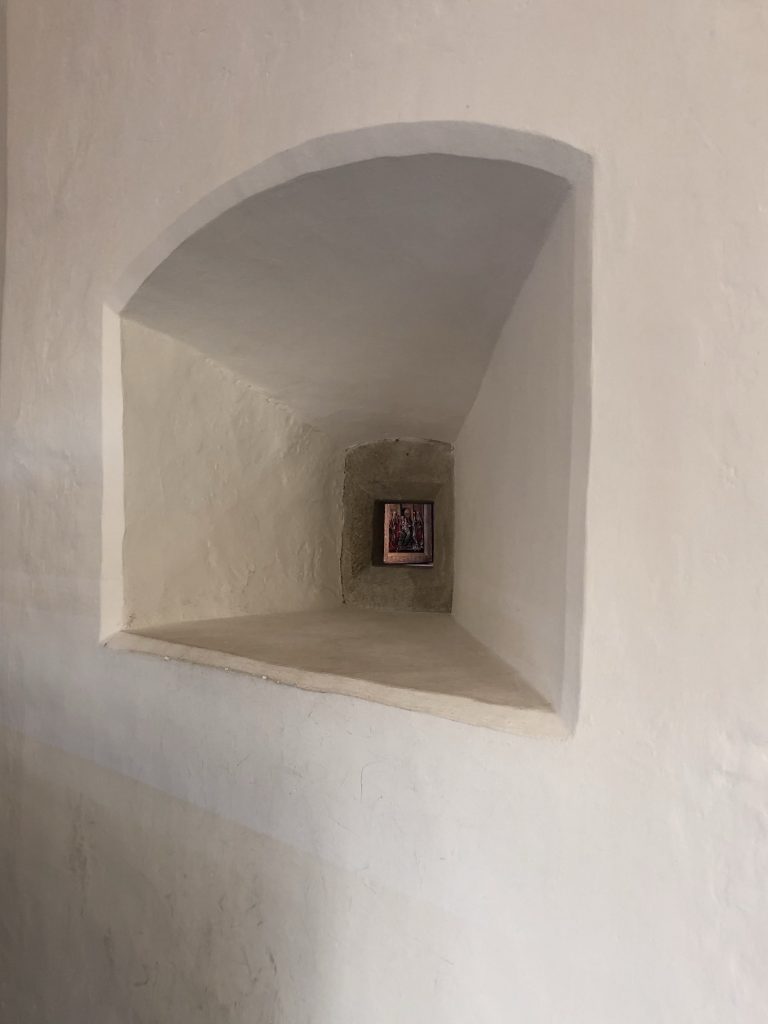 You can effectively see Bratislava in a day. Apart from the odd landmark, it’s mostly about the charm of wandering around the maze of streets in the old town. The art exhibition in the Palffy Palace is fairly weird. The best feature is a room holding what appears to be a suspended walkway surrounded by mirrors and library books – not for those with vertigo, even though it is in fact a solid floor. More edifying is the museum of the city history in the Primate’s Palace. Here you can get stuck in to the full history of the place and climb the clock tower to overlook the main square. Then decamp to Wine Not? in the square for refreshment. 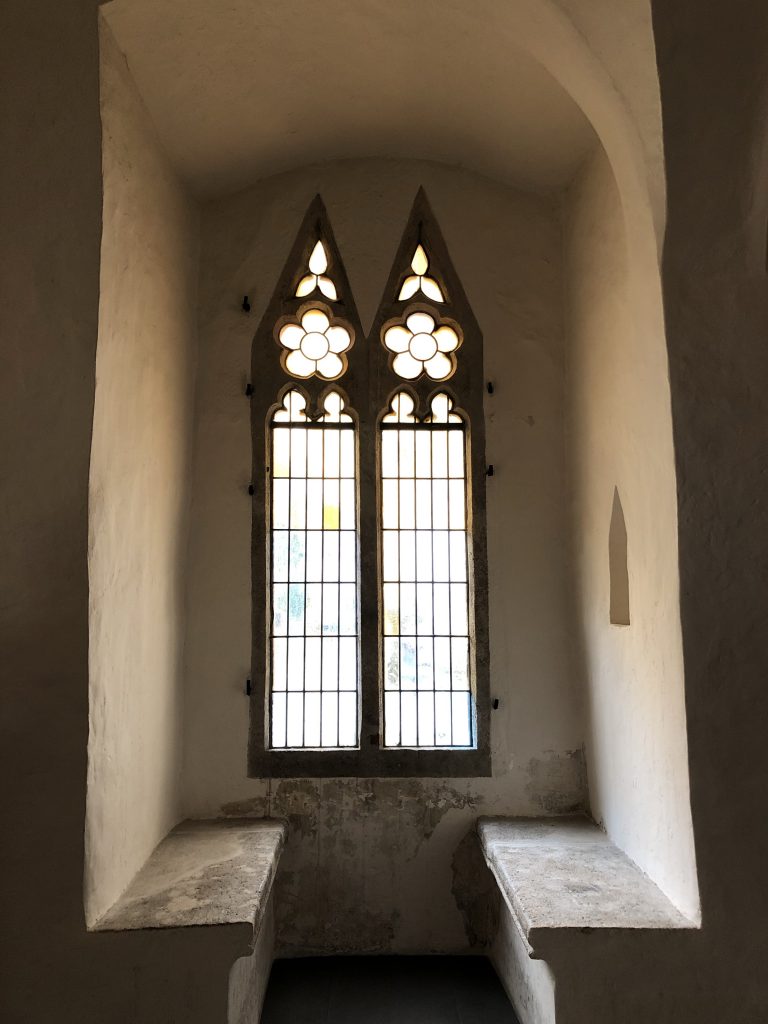 Bratislava joins the list of interesting European capitals to visit. A large river, excellent old town and lively cultural history make it well worth a look. 8 out of 10. 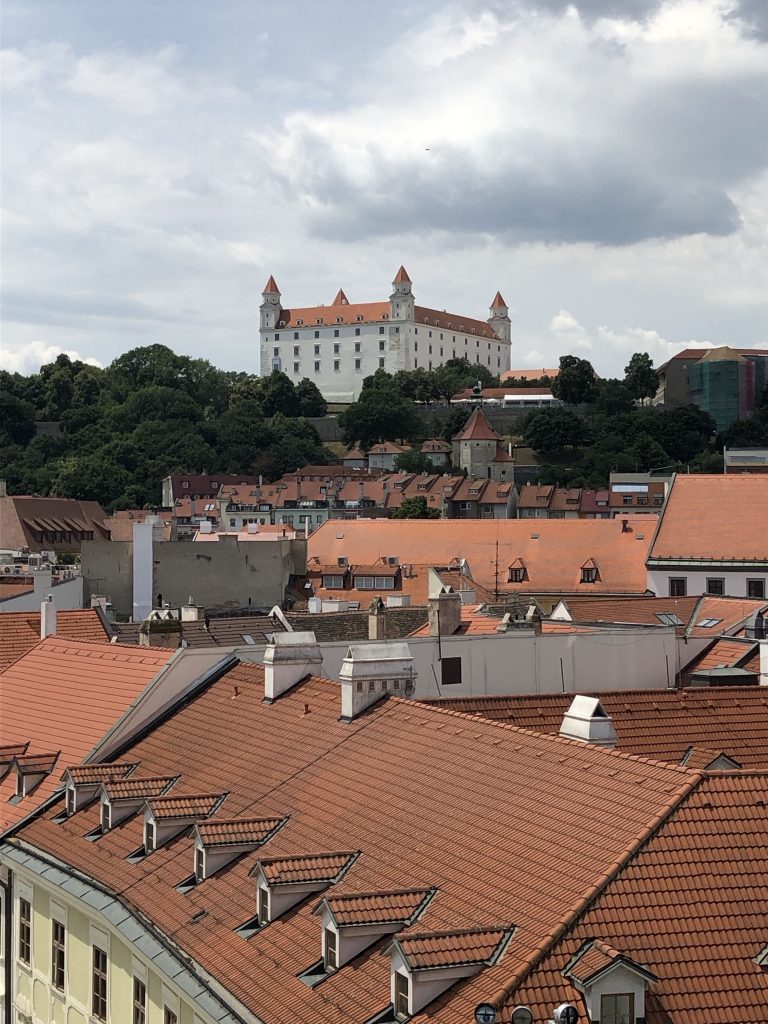